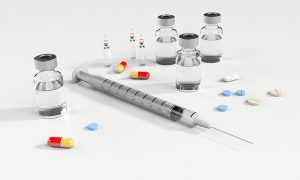 Most people know that diabetes involves the inability to control glucose, or blood sugar, by not producing enough insulin or not managing it correctly. This leads to elevated levels of glucose in the body, which can result in very serious complications, such as heart attack, stroke, kidney disease, nerve damage, hardening of the arteries, foot and leg amputation and blindness.

Beyond that much, there remains a level of confusion about the specifics of diabetes, especially when it comes to the differences between type 1 and type 2. If you really have no idea, you are not alone. Most people who are not diabetic have little more than a vague understanding. According to Gary Scheiner, a Pennsylvania-based certified diabetes educator and author of Think Like a Pancreas, “Comparing type 1 to type 2 is like comparing apples to tractors. The only thing they really have in common is that both involve an inability to control blood sugar levels.”

Type 1 diabetes, which used to be called juvenile diabetes, is an autoimmune disease. The body’s own immune system attacks the cells in the pancreas that are responsible for producing insulin. After that, the body no longer makes any insulin at all and must rely on medication to survive. The cause for type 1 is unknown but is believed to be genetic, with some sort of environmental trigger. Only about 5 percent of those with diabetes have type 1.

Type 2 diabetes is not an autoimmune disease and actually has a variety of causes. Genetics play a part as far as susceptibility but lifestyle factors, including poor diet, lack of movement and obesity also contribute. With type 2, the body does produce insulin but becomes resistant to it.  One major difference between type 1 and type 2 diabetes is that, while those with type 1 must take insulin in order to live, that is often not the case for those with type 2. The body is producing insulin and, with the right diet and lifestyle adjustments, blood sugar levels can be controlled without administering additional insulin.

You more often hear concerns about high blood sugar, but the reverse, low blood sugar can also be very dangerous. While both types can experience this, it is much more common for type 1 than type 2 and can cause dizziness, weakness, pronounced sweating and the shakes. Untreated, it can result in loss of consciousness and even be life-threatening.

Everyone knows that diabetics are cautioned to stay away from sugary foods but the truth is that this applies much more to type 2 than type 1. As long as a type 1 diabetic adjusts their insulin dosage, something they are going to have to take anyway, they can pretty much eat whatever they want. Not true for type 2! Their diet is key to controlling their brand of diabetes and sugar can seriously undermine that control.

Some people believe that type 1 is the more serious form of diabetes, but that is not necessarily true. Both forms can lead to the same serious complications and must be taken seriously. Doing so will make it possible to maintain a good quality of life with either.