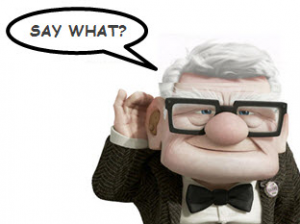 Diabetes has become so common in the U.S. that there may be a danger of losing sight of just how serious a disease it is. In the diabetic community, there has long been a saying that diabetes won’t kill you, but its complications will. The list of complications is long and includes, heart disease, nerve damage, kidney failure, foot and leg amputation, blindness, Alzheimer’s and a host of others. And, while the saying about diabetes not killing you may be catchy, the truth, according to the American Diabetes Association, is that, “Diabetes remains the 7th leading cause of death in the United States in 2015, with 79,535 death certificates listing it as the underlying cause of death, and a total of 252,806 death certificates listing diabetes as an underlying or contributing cause of death.”

Diabetes can be deadly. It can also be debilitating and take a huge toll on quality of life. One of the lesser-known complications is the effect that it can have on hearing loss.

“Hearing loss may be an under-recognized complication of diabetes. As diabetes becomes more common, the disease may become a more significant contributor to hearing loss.” Catherine Cowie, Ph.D., National Institute of Diabetes and Digestive and Kidney Diseases (NIDDK)

Nearly 30 million people in the U.S. have diabetes, and, even more, close to 35 million, suffer some level of hearing loss. Since research indicates that adults with diabetes are roughly twice as likely to have hearing loss as those who are not diabetic, it would seem that there is a lot of overlap between these two groups.

It is currently unclear just how diabetes is related to hearing loss. We do know that high blood sugar levels can lead to blood vessel damage, and it is possible that this may happen in the tiny vessels in the inner ear, much the same way that damage is done to the eyes and kidneys. Another possibility is the well-known ability of diabetes to cause nerve damage, which may occur in the auditory nerves and lead to hearing loss.

More research needs to be done to understand exactly how diabetes and hearing loss are linked. In the meantime, it is important to control your diabetes so as to minimize complications, including hearing loss, as much as possible. In addition, be proactive and at the first sign of a problem with hearing, schedule an appointment with your healthcare professional so that you can prevent further damage.